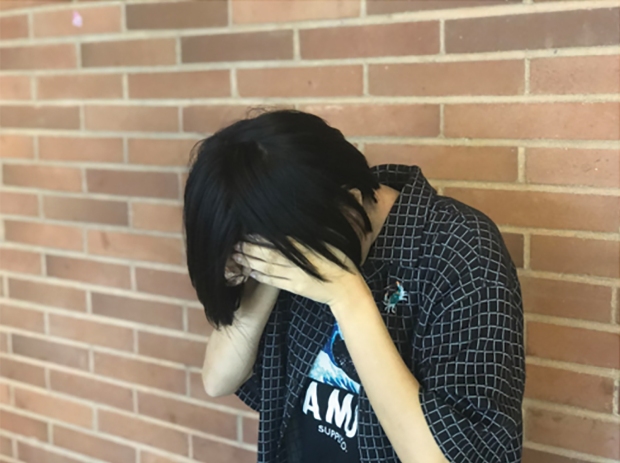 Global warming, social equality, pollution, health care, the preservation of natural resources. These are all current problems in the world that our generation is being expected to fix. Today’s teens have inherited a variety of environmental and societal problems, but why? Why are the burdens of the past now borne by Generation Z? Throughout history, younger generations have been pressured by older generations to fix or improve the problems that the older generations have either failed to fix or made worse. The torch has now been passed to this generation of teens and young adults to take on the heat without many solutions being suggested.

But who is the source of these constant stressors? The simple answer is that the pressure comes from many different places. One that teens are far too familiar with is their parents. Though some parents are stricter than others, almost all teens feel a sense of pressure from their parents to succeed, both personally and globally in terms of solving some of these current issues. The particular pressure to fix the world can come from expectations from parents to, for instance, prevent global warming by taking the bus more or recycling to save ocean life. Another example is the expectation to help those less fortunate by volunteering for community service and of course teens want to help others, but that stressor combined with the pressures to be perfect in school, join clubs and get a job, is too much to handle. For some teens, the pressure is communicated more directly; for others it’s more of a silent expectation. Rachel Woods, says that while she doesn’t receive heavy pressure from her parent, the pressure to succeed and do well in school is “an expectation and always has been.”

The news media and social media are big factors in this generation’s feeling the immense pressure they do. Teens see in their social media feed “16 year old on the road to success: working to cure cancer” and think, “I need to beat that. I need to be better than that.” The problem is, this keeps happening over and over, and with it the bar is further raised. But when that bar rises, so does the difficulty of achieving the goal until it feels like that goal is impossible to reach.

“It feels like I’m trying to push a giant boulder up a mountain, and I’ll never make it to the top,” sophomore, Emma Flick, said. “It’s becoming much more of a competition than it used to be.” This pressure to outperform peers has been steadily increasing, causing a tremendous amount of stress for many teens.

Woods agrees with Flick. The overwhelming expectation placed on teenagers both by themselves and by others creates, according to Woods, “the constant pressure to outperform our peers.” Seeing and reading about peers who are doing extracurriculars, sports, clubs all while as maintaining a social life and good grades make other teens feel that they have to do the same and more.

Added to these pressures to outperform in one’s personal, social and academic life, today’s generation experiences the added burden of fixing the world’s problems. “Oh Gen Z is going to fix this,” sophomore Isa De Los Santos said. The weight of the expectation to resolve or at least improve the complexity of problems facing the world today can feel impossible to get out from under.

“Even if we stopped all the machines, all the planes, all the cars and just shut everything down, it would still take 10 years or so for the global warming to stop and for the ozone to start to repair itself. But that would cause a different catastrophe in our world; plants would begin to overgrow because there would be no CO2 to stunt their growth. They’d over run everything. The animal population would burst too,” De Los Santos said.

Despite the strong sense of responsibility and expectations resting on this generation’s shoulders, teens do value and want to be a part of the inevitable change, hopefully for the good, that will address these local and global issues. Teens actually have strong opinions on what they would want to fix if given the chance and power to do so.

De Los Santos wants to focus on social changes like preventing discrimination, stating “we need equity, not equality.” They go on to say that if we didn’t put people in groups, and rather tried to see everyone as a whole, all human, “all lives matter,” we could have resolved the issue by now or at the very least have made a lot more progress. De Los Santos also expresses their passionate feelings towards the idea of universal health care. “When did bleeding become a privilege?” they questioned.

Woods, on the other hand believes equality is important, but would like to prioritize things like diplomatic relations and the preservation of natural resources first. She suggests taking preventative and preservative measures to begin to “rebuild the earth.” She also points out the message our diplomatic relationships are saying, “fight together or die alone.”

Flick offers the power of your voice.“If you say what you think and suddenly everyone’s like ‘Oh wait, I agree,’ well then you just started something.” She stresses that we need to work on our world’s ignorance. She wants to stress that it’s important for every person’s voice to be heard, but when one person says something, they have to let someone else speak too. “If everyone in the world is trying to speak at the same time, no one gets heard,” she said. “We’re ignorant to why other people think differently, so we don’t listen.”

In addition to having strong ideas about the specific issues teens want to tackle, this generation also has ideas about how to address those issues as well as how to handle the enormous pressure teens experience in their day-to-day lives. Woods offers a variety of methods on how to approach solutions. She suggests lobbying local politicians, organizing or attending rallies or protests and joining speech and debate. She makes the point that one cannot tackle these issues if they don’t know how to debate in a civilized way.

De Los Santos thinks of a different approach in that knowledge is a powerful tool that an individual can use to their advantage. They want to learn more about these issues, as they make the point that a person cannot fight if they don’t know what they are fighting for. “I want to be able to put my ideas in motion,” De Los Santos said.